A Feminine Perspective of Growing Up with Gen-Y Brain 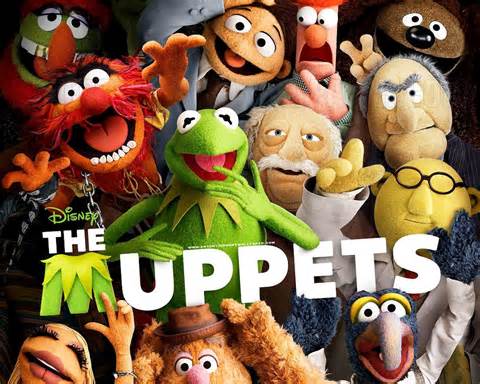 It’s time to kill the music

It’s time to dim the lights

It’s time to reboot the Muppets.

Last night I read, not to my surprise, that Kermit and the gang and it’s newest incarnation of The Muppets would not be returning to ABC. While I’m saddened that they were given the boot I actually agree with this decision.

The concept of “The Office” crossed with Muppets just wasn’t jiving for me man. I wanted more of The Muppet Show and less Modern family. The whole, “more mature, crash and crude” just to flow with modern audiences missed its mark more than once for me watching this new show. It’s like the producers weren’t already in on the fact, The Muppets were already for adults. You just had to be smart enough to see it. Back in the 70’s they hinted, winked and poked their elbow at you with a knowing smile and it was hilarious. Here it was in your face and quite uncomfortable at times, not to mention whom ever was writing the character of Miss Piggy needed to be fired.

Miss Piggy has always been walking that thin line between badass and bitch. Here she was all bitch and less charming. If you didn’t like her you didn’t see why she was even allowed to run the joint in the first place. You actually supported Kermit’s decision to not be with her. Back up, when did they ever really get together? The whole charm was Kermit ignoring Piggy’s affections and Piggy not caring and behaving like he was hers anyways. And oddly enough that worked. Here it just….ah! It was so frustrating to watch!

Maybe its because Frank Oz (the original puppeteer behind the pig with blonde hair) is no longer helming her? Maybe she only worked because it was Frank? Maybe the Muppets only work in films? Maybe the Muppets should only stick to their roots? Maybe they just need a new concept? Or maybe, they just don’t work with today’s audience unless they grew up with them?

I honestly think they just need to hone back into what works with them and build from there. Stop worry about making them relevant and just treat them like what they are: a modern vaudeville act.  You don’t need them to drop references to weed, sex and alcohol. They’re smarter than that,  more creative than that and they worked just fine without any of that.  ABC don’t give them someone elses formula, they work well with their own.